Most of the land in Panama is thickly forested and there are patches of prairie and savannah also to be found. The Caribbean side coast is quite wet at all times and so this area has beautiful lush evergreen forests and the Pacific side is quite dry and so the vegetation reflects the temperature and the climate. The vegetation on this side is of the semi-deciduous type. There are a huge variety of flowering plants that can be roughly summed up to about 9,000 different species and this also includes the national flower of the land. It is known as the Holy Ghost orchid.
The land of Panama is merely about a mere 30,000 square miles and it is even much smaller than the land of South Carolina. People who are very enthusiastic about the flora of Panama will be astonished by the incredible variety of biodiversity. The scientists have researched and found out that in Panama there are even more than 10,000 species of vascular plants that are found in the land. Many visitors who have visited for the first time to Panama and the rainforests that are found in the low lands may feel that the green forests are growing right in front of their eyes.

But whoever is interested in the vegetation and the types that are found here should remember that the vegetation is not limited to the rainforest variety only. There are dense mangrove swamps that are to be found largely in the fringes of both the coastlines that are rapidly becoming the riparian zones. The riparian forests are to be found on both the coastlines and most of it borders the water land inwards.  There is also a different variety of vegetation that is found on the foothills of Panama. The central highlands have trees that have broad leaves and these are very high. The color of the leaves changes according to the increase in the altitude. The vegetation in the upper ranges fades into a shade of deep blue-green colors as one gradually travels upwards. The areas of the land of Panama that are mountainous and above a certain altitude receive frost. These regions receive frost especially in the dry seasons and there has been a report of snowfall on the peak of the Volcan Chiriqui. The huge varieties of flora in the land of Panama have arisen from this huge range of climatic conditions and altitudes and have combined very well with the hydrography that is actually very rich.

Among the flora of Panama, there are more than a hundred varieties of orchids that grow right from the coastal areas and right up to the highest of the ranges. In the mid-levels, the best variety of diversified flora can be found.  One tree can have up to about twenty different species of flora and these can grow almost everywhere on the tree on the branches and the trunks and amidst the epiphytes. There are the famous heliconias that is closely related with the bananas and the birds of paradise and these have crab claw shaped flowers that come in the form of thick thickets. These are usually found in the form of thickets along the many freshwater streams and the lakes. Another special aspect is that the species of the hummingbirds help in pollination of most of the varieties of flora that are found in the region and it is this complex beauty and the interaction of the forms of life that has added on to the beauty of the flora and the fauna.

Thus flora in Panama comes in a huge variety and the colors and the innumerable species are a pleasure to all those who are willing to feel the sheer beauty in them.

Become successful in the travel industry 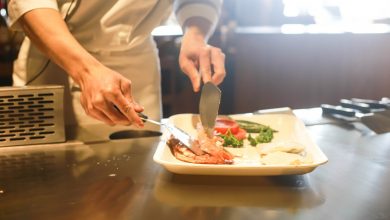 Where to eat in Panama City

Where to Go and What to See When You Travel

Genetic tests – why are they needed