The marine life of Panama is an added attraction of an already exotic place. There are vast expanses of beautiful oceans on both the sides of the land and there are beautiful beaches also. There are the pristine waters, coral reefs, sparkling white sands, and the coconut palm trees that are soothing to eye and also the soul. When one goes for scuba diving one encounters the huge varieties of marine life that abound the waters.

The marine life of the Panama waters includes creatures like the starfish, the sea anemones, sea horses and these add color and vivacity to the sea. The starfish or the sea stars echinoderms and these are found in abundance in the Panama waters. These are symmetrical creatures and the starfish can have even more than forty arms. When they lose one they grow another one. These have tube feet lining and this facilitates their movement. These feed on sea urchins, clams, mollusks, barnacles and snails. The starfish use their tube lined feet to tear apart the shell of the mollusk.

The corals are another very common undersea creature. There are more than 2,000 varieties of coral and they are usually found in all the warm parts of the seas leaving aside just the Grape coral that is a voracious meat eater. The outer covering of the coral is made up of a fragile element that is known as polyps. But the skeleton is quite tough and this provides support to the outer layer. Sea horses are those creatures that have eyes on both the sides and these can be moved independently. Their prehensile tails act as a lever that helps to rise up in the ocean.  These sea horses curl and straighten the tail and move up. Both the males and the females have finned backs and these can move 25 to 30 seconds per second.  The males keep the babies in their pouches and they can hold a few hundred at a time. It is very interesting to note that that sea horses need to eat throughout the day. These creatures do not have a stomach where to store food and so in order to survive, they have food the entire day. They survive on shrimps only.

Besides these creatures, there are varieties of fish along with organisms known as echinoderms. The members of this particular phylum include starfish, sea urchins, sea lilies brittle stars, and sea cucumbers. These are the free spawning organisms and these launch their eggs into the water where they are fertilized by the same species.
Panama is taken to be a wonderful place for conducting research on the varieties and the behaviors of sea creatures. The primary reason for this is that Panama is taken to be the only absolute barrier that can be dated. Marine speciation is best done in Panama also because about three million years ago the isthmus had risen to bridge the gap between the Atlantic and the Pacific Oceans. So dating is not a problem and this has made the research procedures a much simpler affair.

Thus the creatures under the water though are quite common are fascinating never the less. The marine life in Panama is absolutely colorful and they are a pleasure to watch. Scuba diving and fishing bring one to face such wonders of the under the sea. These are extremely colorful and they give an experience that is unparallel. One will never forget the experience that one has had in the waters of Panama. 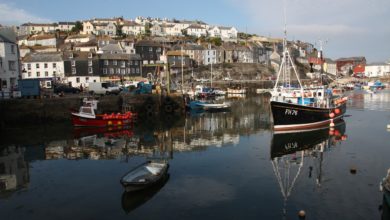 Where to eat in Panama City 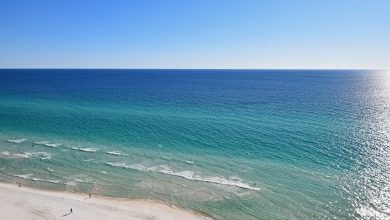 The best beaches in Panama

Dancing and Festivals in Panama: When Folklore gets Fun!